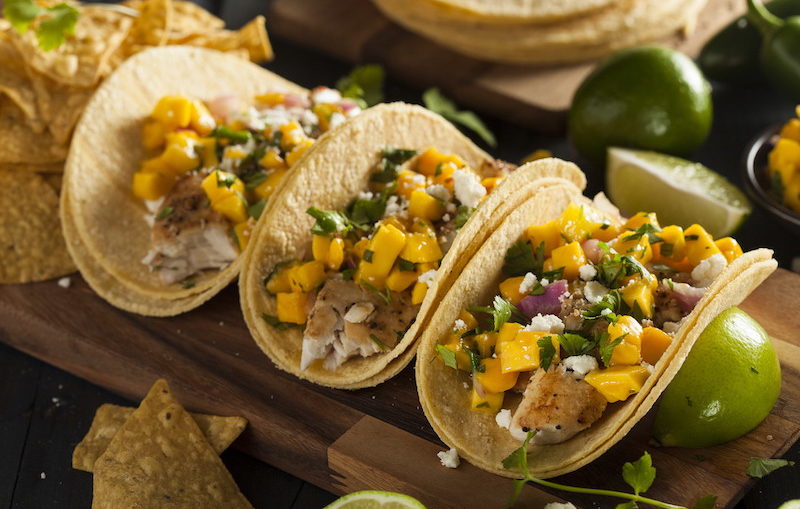 Go into just about any restaurant serving fish and you will probably find fish tacos on the menu. Your typical Mexican restaurant has them too. And yet, fish tacos are a recent phenomenon here in the U.S. It is not like they have been part of our regular diet for hundreds of years. So what’s the deal? Why is the modern fish taco hot right now?

The word ‘modern’ was chosen for a reason. That reason is the simple fact that coastal regions in Latin America have been home to all sorts of fish tacos for as long as anyone can remember. In its essence, the fish taco is nothing more than a ground corn tortilla loaded with fish. Locals were making fish tacos long before corporate restaurant chains began offering them.

Most of the restaurant industry regards the modern fish taco as an invention of the 1950s. These modern tacos come out of the Baja region of California and are based largely in the surfing culture. They are certainly a cross-border food as well. Coastal Americans and Mexicans alike love them.

So, let us talk about why fish tacos are so popular. The first reason is that they are extremely easy to make. A true Californian fish taco relies on fresh whitefish, battered and deep-fried, served in a corn tortilla with cabbage, a bit of sour cream, some salsa, and just a touch of lime juice.

Even if you do not know how to cook, you can buy already prepared whitefish. Then all you need is a soft tortilla or hard taco shell and the rest of the ingredients. Put them together and you have a fish taco. You can do the whole thing in under two minutes if you’re quick.

Compared to some of the other foods we put in our mouths, fish tacos are pretty healthy. Whitefish sure beats sausage or beef, and you can never go wrong with cabbage and salsa. The only thing that could get you in trouble is the sour cream. However, you can substitute with guacamole if you prefer.

Also note that fish tacos without the sour cream are pretty calorie friendly. You can do even better if you look for low calorie tortillas or taco shells. They are out there, and there is very little difference in terms of taste and texture.

Last but not least, fish tacos are considered cool these days. We expect California surfers and beach bums living in the Florida Keys to eat fish tacos like they were candy. But everywhere else, not so much. Order fish tacos in the heartland and you will be the cool kid everyone else looks up to.

Fish tacos have a sort of mystique connected to them, according to the good people behind Utah’s Taqueria27 Mexican restaurant. They say it is because most Americans think of beef or sausage when they think tacos. Moreover, a lot of Americans have a strange fear of fish even though they have never eaten it. That makes fish tacos an unknown entity.

The humble fish taco has been served in Latin American countries for centuries. But here in the states, the modern fish taco is a relatively new culinary delight. It is the hottest thing at Mexican and seafood restaurants as well. So if you have never had fish tacos and you are willing to try something different, they come highly recommended. Be one of the cool kids on the block and try a dish that is comparatively healthy and inexpensive.

Thickened Drinks – What Exactly Are They, What Makes Them Needed and How Do You to ensure they are?

13 Best Things To Do In Baltimore, Maryland

Few Secrets to discover the hidden recipe in Thai Food

Budget-Friendly Meals to Help You Start the Year Off Right